Highways are designed with safety in mind. There are signs which indicate safe speeds for turning, entering or exiting freeways, signs which indicate ending and merging lanes, etc. Road markings keep the traffic regulated and guide on safe passing. Lane separators and shoulders on the side of the freeways are all safety features. 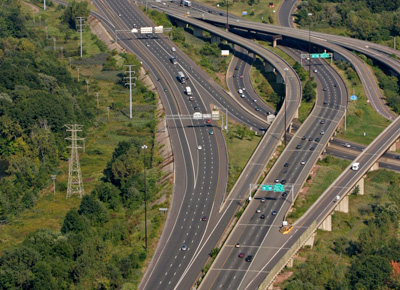 Wide, well marked lanes: highway lanes are wide and have clear markings on them. 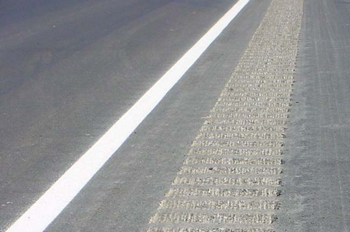 Rumble strips: these strips are raised or grooved patterns chiefly found alongside major highways on the inside edge of paved shoulders.

When your tires pass over one of these strips, it produces a sudden rumbling and vibration in the car to alert drowsy or distracted drivers that they are drifting off the road. 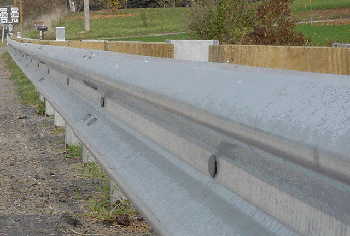 Guard rails: when a car strikes one of these new guard rails, the force of it shears the wooden posts and acts to peel the end of the guard rail away from the traffic right-of-way as it brings the vehicle to a controlled stop. 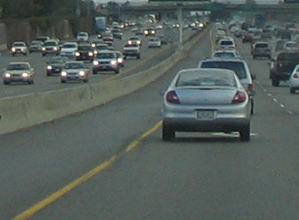 Median barriers: a median barrier is a tapered concrete head that is being used on several narrow highway medians to prevent vehicles from crossing over into oncoming traffic. 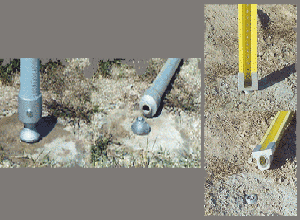 Break away sign posts—crushable drums (crash attenuators) and breakaway supports for signs, flashing lights, and concrete abutments have been designed for safety purposes. In case of a collision, they break easily.